If Not the Blood of Yeshua, What Brought Ruth "Near" to the G-d of Israel? (And a Much Deeper Question) 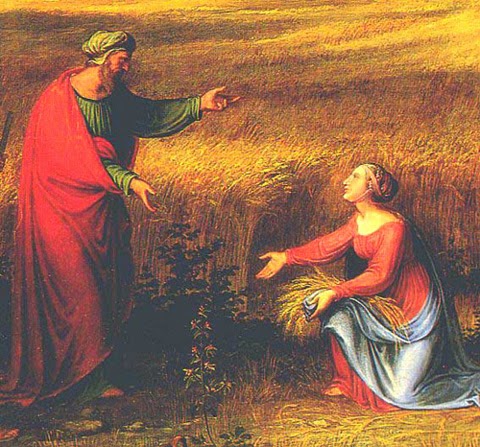 So I've been wondering about this since last evening...

Ruth the Moabite became an Israelite.  What initiated her into the People of Israel?  Her faith, G-d's grace, right?

Ephesians 2 says that Gentiles are saved by grace and brought "near" by the blood of Yeshua so that they are citizens in Israel.  In other words, Gentiles should rejoice because they can join the People of Israel and have salvation, receiving in faith that which is given by grace.

But didn't Ruth also join the People of Israel and have salvation?  Receiving in faith that which was given to her by the grace of G-d?

So Ruth received the benefits specified in Ephesians 2 before the New Covenant was ever given?

Here's the real question that I've been leading up to:

It is written that the New Covenant is made only with Israel.  Yet Israel includes even Gentiles like Ruth who had not accepted Yeshua as the Messiah, Gentiles who belonged to Israel simply because they rejected idolatry and accepted both the G-d of Israel and the People of Israel and proceeded to live according to the Way of Life defined in the Torah of Moses ("...if you keep the commandments of the LORD your God and walk in His ways. So all the peoples of the earth will see that you are called by the name of the LORD..." Deut. 28).

So doesn't that mean that the "Israel" with whom the New Covenant was made includes Gentiles (since Israel has always included Gentiles such as Ruth)?

[My hope is that certain people will not be offended by my asking this question and that we can all have a civil discussion]
Posted by Peter at 6:15 AM