Toward an Inclusionist Philosophy of Law

There are two fundamental approaches to answering this question:

Utilitarian (Positivist School):  Law is whatever the lawgiver posits.  However, law ought to bring about the greatest pleasure for the greatest number of people.

Naturalist (Natural Law School):  Law is that which conforms to reason--thus, all Scriptural commands that appear nonsensical may be dismissed.

I believe that groups like First Fruits of Zion and the UMJC, in their teachings on how the Law applies to Gentiles, promote a slightly modified version of the Naturalist hermeneutic (i.e. nonsensical commands may be dismissed) with the additional rule that Gentiles should dismiss any "distinctively Jewish commands".

I would now like to propose a third alternative:  an Inclusionist approach to law.  This position is comprised by the following three elements:

(1) Definition of Law:  a law is not a law unless it conforms to the Divine Will;
(2) Source of Law:  all laws derive from the Divine Will revealed through Scripture;
(3) Applicability of Law (Hermeneutic):  Scriptural precedent dictates that there is "One Law" for all covenantal members regardless of ethnic background.  Whilst the Naturalist hermeneutic rejects all Scriptural laws that appear unreasonable, the Inclusionist accepts all applicable Scriptural laws regardless of apparent reasonableness.

Responding to the False Rhetoric of Marriage "Equality", Islamo-"phobia" (etc) 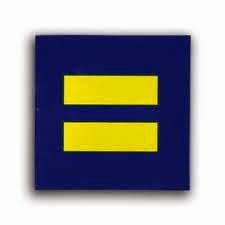 Are you "intolerant"?  According to the "Coexist"bumper sticker (depicted above, bottom), if you voice any negative opinions about other religions then you are, impliedly, an intolerant bigot.

How should we respond to such rhetoric?  I'll share a few suggestions:


Christians believe that the "Old Testament" laws (in contradistinction to 2 Tim. 3:16) are inapplicable--and therefore not useful as instructions for righteousness:


"Two kinds of old-covenant stipulations have clearly not been renewed in the new covenant...the portion of laws from the Pentateuch that no longer apply to Christians can be grouped conveniently into two categories: (1) the Israelite civil laws and (2) the Israelite ritual laws....some aspects of the Old Testament ethical law are actually restated in the New Testament as applicable to Christians....No other specific Old Testament laws can be proved to be strictly binding on Christians, valuable as it is for Christians to know all of the laws," pgs. 167-169 of How to Read the Bible for All Its Worth by Gordon D. Fee and Douglas Stuart

Fee and Stuart here regurgitate the classic tripartite legal hermeneutic of Christianity as seen in the writings of Aquinas and Calvin:


"We must attend to the well-known division which distributes the whole law of God, as promulgated by Moses, into the moral, the ceremonial, and the judicial law," (Calvin, J, Institutes of the Christian Religion, Translated by Henry Beveridge, James Clark & Co., 1962, Volume 2, Book 4, Chapter 20, Section 14, page 663)

Blackstone explains that this concept of universal morality/ethics which Aquinas calls "natural law" is something one can derive from reason alone without the aid of the revealed law of Scripture:

"These [natural laws] are the eternal, immutable laws of good and evil, to which the Creator Himself in all His dispensations conforms; and which He has enabled human reason to discover, so far as they are necessary for the conduct of human actions," (Blackstone, Commentaries on the Laws of England, pg. 38)

Thus we have the Christian version of a tzadik:  a person who acts according to principles he thinks are ethical (i.e. the Golden Rule).

The problem is that the Golden Rule ("do unto others as you would have them do unto you") only works within the confines of Torah and Judaism.  Here are a few examples of how a de-contextualized Golden Rule breaks down into lawlessness:


The Golden Rule only works if you're a covenantal member of Israel following the standard of righteous conduct set forth in the Torah!


So, for a Messianic who accepts the precedent set forth in Torah that there is "One Law" for covenantal members, a completely different image of a Tzadik (righteous person) emerges.  A Tzadik is someone who follows both the mishpatim (e.g. "thou shalt not kill") and chukim (e.g. kashrut law, the laws of family purity).

In Judaism, a person cannot be a Tzadik and at the same time neglect a "ritual" command such as Niddah:


"{18:5} But if a man be just (tzadik), and do that which is lawful and right, {18:6} [And] hath not eaten upon the mountains, neither hath lifted up his eyes to the idols of the house of Israel, neither hath defiled his neighbour’s wife, neither hath come near to a menstruous woman (niddah), {18:7} And hath not oppressed any, [but] hath restored to the debtor his pledge, hath spoiled none by violence, hath given his bread to the hungry, and hath covered the naked with a garment; {18:8} He [that] hath not given forth upon usury, neither hath taken any increase, [that] hath withdrawn his hand from iniquity, hath executed true judgment between man and man, {18:9} Hath walked in my statutes (chukkotai), and hath kept my judgments (mishpatai), to deal truly; he [is] just, he shall surely live, saith the Lord GOD," (Ezekiel 18:5-9)

The Mid East Problem in About Five Minutes (VIDEO)

So I logged on after a hiatus (who wants to blog when Israel is under attack?) and was about to post a link to a Dennis Prager video--and then I notice that Zion posted that very same link!

But in case anyone missed it, here it is again--a five minute video synopsis of the mid-East situation:

As everyone knows, I don't censor comments on this blog and the recent visits from an anti-Israel commenter attest to this.  But I would like to make 2 quick points:

(1) the IDF is the most principled military in the world:

(2) the Jewish people, over the course of millennia, have developed the most well thought out theoretical framework for justice which, in turn, has led to the development of the most reasonable set of laws in going to war (jus ad bellum) and laws in properly conducting war (jus in bello):

This is How to Respond to Terrorism: Israeli Style