The Nation of Avraham [UPDATED] 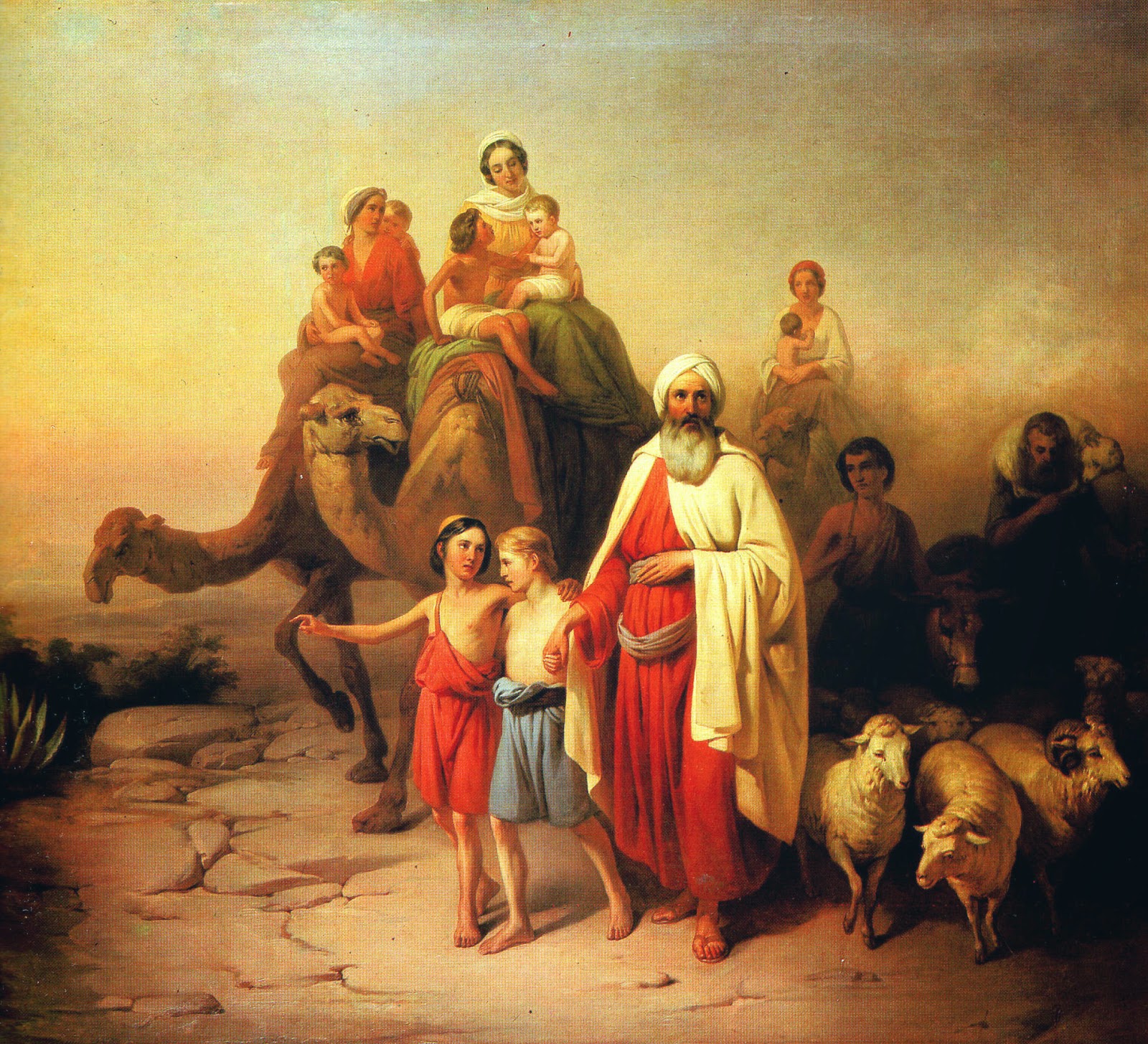 Every now and then I feel obliged to make a comment on James Pyles' blog.  This morning, reading the comments section to James' post entitled "The Consequences of Being Chosen", I felt obliged to respond to the blogger known as "Sojourning with Jews."  Here's my response (which, depending on James' whimsical censorship, may or may not ever show up):

RE:  "Biblically, Gentiles are not capable of ritually impurity, only those God Covenanted with, i.e., descendants of Jacob, are."

The "Children of Israel" (i.e. the family of G-d) includes more than just the physical descendants.  It includes the non-physically-descended gerim as well.  G-d tells faithful gerim that they are imputed kin who may consider Avraham as their father.  And, lest you say that kinship may only be imputed to the circumcised, it is written:  "...And he [Avraham] received the sign of circumcision, a seal of the righteousness of the faith which he had yet being uncircumcised: that he might be the father of all them that believe, though they be not circumcised..." (Romans 4:11).


Peter, I believe you’re oversimplifying the “one law for all” statement and taking it out of context. I’ve already responded to that line of thinking here.

Actually, that post doesn’t respond to any of the points I raised. Furthermore, your linked post introduces Lancaster’s belief that Gentiles may take a pair of scissors to the Torah and cut out any laws that they deem “ceremonial.” Problem is, Torah doesn’t give anyone permission to commit that type of sacrilege. Nor does it divide into moral and immoral commands as Lancaster’s borrowed language supposes (he wasn’t the first to propose that Torah divides in moral, ceremonial, and civil commands). In fact, all evidence indicates that the Torah is an indivisible and interdependent legal SYSTEM (LINK).


Peter, I was addressing the broad application of “one size fits all” you apply to Jews and Gentiles as if there’s no difference between them relative to covenant. As you well know, I disagree that Gentile believers are simply Jews without a bris. That said, to the degree that we will one day be offering Korban in the Temple built by Messiah, the question to be asked is if we will be determined to be clean/unclean in the manner of a Jewish person?

Re: “…the question to be asked is if we will [Gentiles] be determined to be clean/unclean in the manner of a Jewish person?”

If there’s only one law for the community (“hakahal chukah achat”, Num. 15:15) then you have your answer.


Also, Peter (adding to James’ response above), HaShem granted to Avraham to become a father of many nations, but they were not all to be counted as the children of the covenant promise. Of many children that Avraham fathered, including Ishmael, only through Isaac was the promise carried. And even thus, only one of Isaac’s fraternal-twin sons, Jacob who became Israel, was granted to be the carrier of the heritage promise. Even the metaphorical sons of Avraham cited by Rav Shaul in Gal.3 are not deemed sons of Isaac or of Jacob/Israel. The uncircumcised sons of Avraham are not of Israel, and there are even, as I just noted above, a number of circumcised ones who, like Ishmael, are not children of the promises nor of the covenant(s) that were made only with Israel. There are some aspects of Torah that apply to the sojourner, and even to other foreigners farther off, as well as to the native born of Israel; and there are other aspects that apply only to Israel — and this distinction that is defined in Torah remains valid as long as the present heavens and earth continue to endure, per Mt.5:18. The amazingly good news, however, is that those who are excluded from the covenants of promise have been brought near to the focus of those promises by means of faithful trusting in the symbols of sacrifice and restoration represented in the martyrdom of Rav Yeshua as messiah ben-Yosef. Hence their faith grants them equal-access to HaShem and to a host of blessings that otherwise would be available only to Jews under the covenant. Likewise the symbolic fatherhood of Avraham extends over those who emulate the quality of his faith, alongside those who are sons by covenant. Such a shared faith does not erase the distinctions between faithful Avraham before he was circumcised and faithful Avraham after he was circumcised, between Ishmael and Isaac, between Esav and Jacob/Israel, or between the Jewish nation and all the other nations of the earth. As Rav Yeshua observed (viz:Jn.3:6): “That which is flesh is flesh (i.e., physical); that which is spirit is spirit (i.e., symbolic or metaphorical)”. Any failure to recognize the indicated distinctions is a guarantee of confusion and misunderstanding; and throughout history it has brought death to millions of Jews.
Now, having clarified all that, if non-Jews who are not responsible to maintain the ritual purity required for Jews to participate in Temple rituals, wish nonetheless to pursue purity and cleanliness with respect to skin diseases or mold on building materials, they may benefit from better health — especially by avoiding the deleterious effects noted in modern times that result from breathing mold spores carried in the air of contaminated buildings and ventilation systems. They will also offer benefit to Jews who might enter such buildings, or might purchase them and become liable to purify them in accordance with their Torah responsibilities. If so, everyone could benefit.


Because Gentile Believers are under the same law, they must recognize that the Torah specifies the Land is inherited according to tribal allotment and the tribal identification of one’s immediate father. This is not evidence of being excluded from the covenant. This is merely evidence that there exists in Israel both tribally-affiliated, landed-natives and non-tribally-affiliated, land-less gerim. Both are Israelites; Both belong to the covenant.
Your mistake is to claim that because one is excluded from tribal land that it must follow that one is also excluded from covenant. The reality: one may be a covenanted member of Israel despite having no claim to the Land.